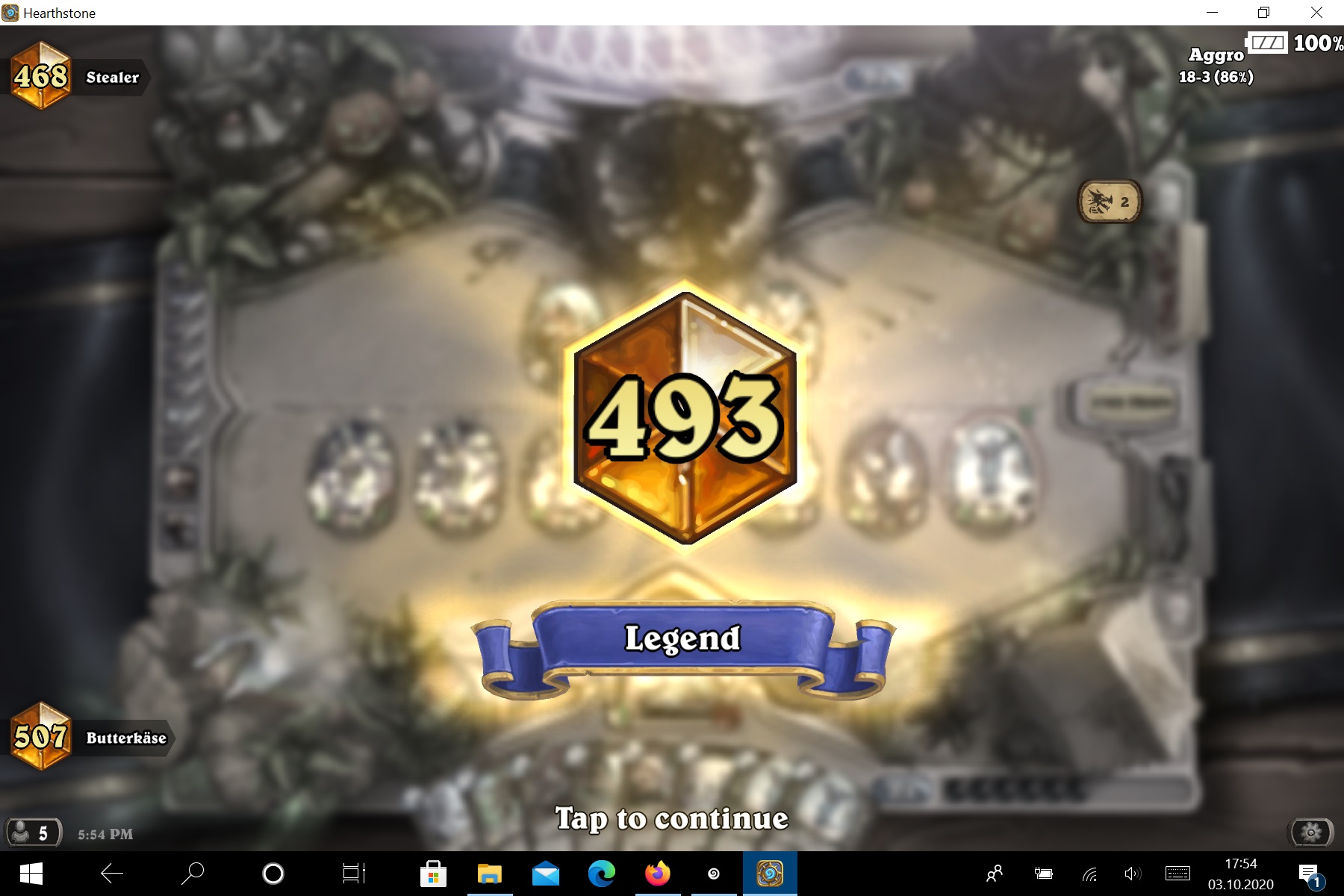 Year of the Phoenix

2x (3) Blessing of the Ancients

General Gameplan: The idea is to win board early, buff your minions and win the game around turn 4-6 already. So be aware: If your opponent gets enough board control you will probably lose.

Mulligan: Always keep Gibberling, Acornbearer, Adorable Infestation, Nature Studies and Dreamway Guardians; sometimes Crystal Power, if you expect an early 2 Health minion from your opponent. If you go second you can also consider to keep Beees!, Fungal Fortunes and Glowfly Swarm. Beees! is especially helpful against decks that play minions early, like Paladin or Hunter. It allows you to remove your opponents board while building your own the same time, which is huge! A neat combination is Nature Studies -> Beeees! on turn 2 already, so if you have both cards in hand, Beeees! is a pretty solid keep against aggressive decks. Fungal Fortunes and Glowfly Swarm are always greedy keeps that can be considered if you don’t expect your opponent to get board early.

Early Game: In the early game you need to focus on building your board asap. For example a very good opener would be Gibberling -> Coin -> Nature Studies -> Adorable Infestation and you have 6/6 stats at turn 1 on board. On the downside you spent almost all your resources and therefore it sometimes can be better to wait for Fungal Fortunes and follow it up with a huge Glowfly Swarm. Whatever you decide to do in the early game, it should be aimed at building your board.

Mid Game: Often enough there is no Mid Game and you won the game around turn 4 already. However if you didn’t find your early curve or your opponent found some removal (Warrior, Priest most likely) the game will go on and there is 2 main things you have to think about: When to Trade and how to build the next huge board.

Trading: In general you easily build multiple boards and therefore you can and should afford to trade when possible. This is especially needed against aggressive decks like Paladin or Hunter. Though if you are short on resources you might have to not trade, but keep your board and hope to draw Savage Roar on your next turn. Never forget to play towards your outs! Here you have a good example for a trade intensive game!

Board: There is 2 main options how to build your board in the midgame. You can either get a board with single spells like Glowfly Swarm or you can use a Gibberlng chain. Since Gibberling often uses a lot of resources, you should try to start with Glowfly first, so in case your opponent clears your board, you can then make another board with Gibberlings. As mentioned in the trading section, it is sometimes better to delay Glowfly Swarm for a turn and play Runic Carvings (rush) instead when trading is required.

Matchups: Honestly it is not so much about your opponent, but more about your own gameplan that you should focus on. When it comes to matchups its most important to be aware what kind of removal your opponent has access to. For example Soul Demon Hunter has a “3 mana deal 3 dmg to all minions” minion and therefore you shouldnt commit all your resources at once to the board. Often you can bait the removal by playing 3-4 minions and follow that up with a huge Glowfly Swarm as shown here (Turn 5 and 6). If you have any questions to specific matchups let me know in the comments below!

Final Thoughts Token Druid does surprisingly well in the current metagame, since many metadecks struggle to deal with wide boards early on. Also you often can catch your opponents off guard, nobody expects Token Druid currently. Though it is not the most creative deck ever (you just play minions, buff them and hit face), there is quite some decision making involved in the early and mid game. Overall a very unique fun deck you definitely should try! If you have any questions, suggestions or other stuff you want to share let me know in the commets below. Cheers Butterkase

This Is Why You Are Struggling To Get Diamond (explained by...

You Are Using GIBRALTAR Wrong | In Depth Legend Guide |...

How to Play BIND like the PROS! – Valorant Guide ft....

League Of Legends All in One Season 11 Brand Jungle Guide...